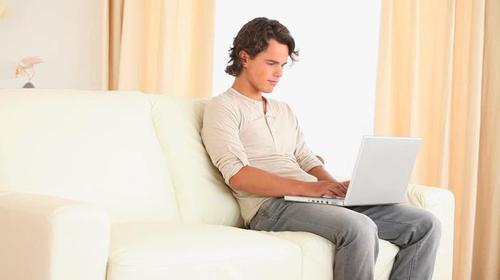 Being shy isn’t a really huge deal to women. If they’ve gotten to know you or taken an interest in your profile on a dating site, then they’re already interested, so the hard part is over. Now you just have to take an interest in her. While that may seem overwhelming, you’re unassuming shy guy ways may be exactly what she’s looking for. Shy doesn’t necessarily mean you lack self-confidence. It can also indicate a serious introspective quality and emotional intelligence. A willingness to listen and observe. Ladies love that.

On a lot of sites that offer dating tips for men they’ll talk about confidence. Confidence takes a lot of forms, but arrogance is never one of them. Arrogant people are generally among the least confident. Nervousness can sometimes be endearing. It sets people at ease when they realize that you’re just as nervous as they are. Confidence doesn’t mean you don’t get nervous. It means you’re there in spite of the fact that you’re nervous.

So in lieu of these truths here are some good first date conversations and ideas for men who are generally shy.

(1) Be Honest About Being Shy

Really, this isn’t a bad idea. Especially if you give one of those charming smiles as you explain that you can be kind of shy on first dates. The trick is really being unflinching of eye contact. If you don’t mind her making eye contact with you, and you feel good about that, then I’d say you’re going to be just fine. If eye contact is a problem, then you need to figure out a way to deal with it. Try making eye contact with cashiers, waitresses, and other women you see. Smile at them. Eventually you’ll get used to it and you may even begin to like the response you get from them. It’ll give you more confidence on your date. You’ll be able to make eye contact better and not shy away from her gaze.

(2) Show Interest in Her

This is what she really needs to see, and why so many shy guys end up losing girls who are interested in her. This is among the best dating tips for all men, but particularly for shy guys. You need to put yourself out there and take a risk. Tell her you think she’s pretty. Tell her you like her. If you’re on a first date that you arranged from a dating site, ask her questions about herself. Tell her you like her shoes. Tell her that you were nervous about the date so you asked a friend what you should say and they said girls really like it when you compliment their shoes. This will make her laugh. It will also let her know that you put thought into the date. That’s going to be important for her. It’s going to be something that she remembers. She’s going to appreciate the fact that is means enough to you to be nervous about.